"The Flyinator"
Rayna Jane Cartflight[1] (Cree Summer) is Maggie's best friend, although Maggie often breaks promises. Rayna always finds flaws in Maggie's plans, even if her plans are even more crazy, but they are often nearly impossible to complete. She lives in a Boot.

Rayna's family is quite unknown, only her mother appears in a few episodes. It is unknown if she has any siblings.

Episodes Rayna did not appear in: 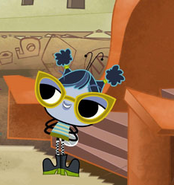 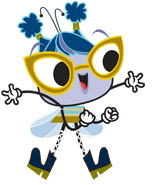 Add a photo to this gallery
Retrieved from "https://buzzonmaggie.fandom.com/wiki/Rayna_Cartflight?oldid=6260"
Community content is available under CC-BY-SA unless otherwise noted.